Having prayed, researched and sought advice, we reached the conclusion that God was calling us to be involved in Church planting in France. A logical thing for us to do now was look for a mission agency to “go” with.

A bit of background… Between us, we’d had contact with mission agencies in various ways over many years. We’d been praying for and supporting mission workers connected with various agencies. In a previous Church, I was a member, and then the chair, of the mission committee. In our current Church I had in the past had responsibility for our mission partners.

So we knew a reasonable amount from the “other side of the fence” so to speak. Our advice would always be “find a good agency to go with.” 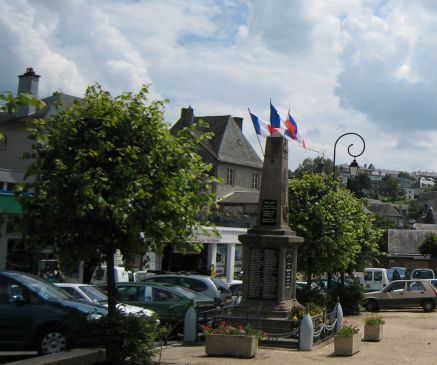 That was our background. What were we looking for in an agency?

In no particular order… We wanted an organisation with some infrastructure in France that we could fit into. We hoped that the right agency would know exactly what to do with stuff like health care, taxes, finding accommodation, etc. All the logistical stuff that we didn’t really know much about in France.

We wanted a team that would encourage us and counsel us, shepherd us and help us. We hoped that the right agency would provide an easy way to funnel finance from our support partners to the work we would be doing.

So we were looking for an agency who had a Church planting vision compatible with what God was talking to us about and that could help us recruit the right people for planting team(s).

We basically researched every mission agency we could find with a base in the UK which worked in France, looking for those involved in Church planting. We sought contacts from websites and through friends, then started emailing.

In Part 2 I’ll try and summarise what we discovered. I’ll warn you that for us this was a difficult time with not a little discouragement. I’ve chewed over whether to discuss our experiences in this blog: it would be easier not to, but I wanted this to be honest enough to help those who come after us and might find this.

So, to be continued…

We went down to Dover today and walked along the cliffs. Despite it being a sort of greyish day, France was clearly visible, just 22 short miles away, as a line of cliffs.

We sat on a bench and gazed out, longing for the time when we will be there. We prayed, and wept, and prayed some more, and wept some more.

We prayed for our dear, wonderful French brothers and sisters. For those who are weary from so much hard work for the Gospel, frustrated at so little fruit: that they would receive refreshing and encouragement and revival. For those who are afraid to talk of their Friend, because of what people will think: that they would be emboldened and helped.

We prayed for the empty spaces where there are no Churches: surprisingly large empty spaces even just that short hop over the water. That God would send people to plant Churches in those spaces.

We prayed for a couple of Churches we know a bit about not so very far from those cliffs, that their light would spread further and give birth to other lights in other towns and villages.

We prayed that God would send more brothers and sisters to plant Churches, from Britain, from the Netherlands, from other places, to plant and to train and encourage our friends in France.

This is the official French version of Tim Hughes’ song God of Justice.

I actually prefer this French  version, partly because the words are more positive, more definite. Here’s the chorus, in French then a (rough!) English translation from the French:

France is full of the spiritually hungry, of those who are wounded by sin and by life. We have to go, we cannot ignore the call.

This poem was written in September 2013 and shows how God was working in my life at that time.

Show me the world, my Friend, through Your eyes:
Not the vain and worthless mists which most will stumble through,
But the crisp, breathtaking clarity of eternity’s sweep.

Show me the path, my Guide, that is the one You trod:
Not the well-marked lane of mire and twisting, knotting snares,
But the sharp and lonely ridge of rough but footsure rock.

Show me the work, my Saviour, that You have called me to:
Not the soft and comfortable religion which leaves the world untouched,
But to batter down the Hell-gate and snatch many from the awful fire.

I will spend myself for You:
Because You spent Yourself, utterly, for me.

Having sounded out our missionary friends about our thoughts, the next step was to chat to the lead Elder of our Church and get his input. On Sunday 10 November 2013 we asked Andrew if we could meet with him to ask his advice about something (we didn’t say what).

We were able to get together the very next day and tell Andrew that we felt God was calling us to go to France to get involved in Church planting work, and the journey we’d been on so far. I was wondering if Andrew had understood us correctly, as he showed not the slightest bit of surprise, in any way, as we explained…

He then explained that God had told him the day before that Chris and Joanna would be going into mission work! It was not something that we had ever mentioned as a possibility before (not least because it was not something we’d ever thought about before).

That was such an encouragement, as was (and is!) Andrew’s 100% support, as well as that of the other Elders and of our Mission Committee Chair.

Step by step, God was leading us forwards.

On Saturday 2 November 2013 I went for a walk in the Kent countryside and God spoke to me through that walk. Here is what I wrote down the day afterwards, so I could share it with our Church. The relevance to our own lives at that time is clear.

Yesterday I went for a walk in the countryside. Partway through my walk I reached the very outskirts of Westerham. It was raining, and as I walked into the start of a new path it began to rain very heavily and the wind also became quite strong.

I was sheltering under some tall holly bushes, just in front of a gate into a field. I leant on the gate and looked at the rain. As I looked, I had a sense that the field with the wind and the rain was like the work which God calls each one of us to do for Him. The work was out there in the field, but I was sheltering under the holly bushes, just looking.

How many of us are sheltering under the bushes, just looking at the work God wants us to do, too afraid of the rain and the wind?

I opened the gate, but continued to stand there, looking at the rain. I had taken one obstacle out of the way – the gate – but I still wasn’t going anywhere.

Maybe you have dealt with an obstacle in your spiritual life, but you are still standing there, looking at the rain and the wind, looking out to where God’s purpose is for you, but still not moving?

After a little while I took a deep breath and walked out into the field, out into the rain and the wind. The gate closed behind me. It felt good to be out there, with the rain lashing into my face and the wind tugging at my clothing.

It was easy enough walking across the level grass at the beginning, but ahead of me was a steep bank. There were two ways to get up the steep bank. To the right, if I took a curving route round, I could follow a track under the shelter of the trees at the edge of the field, out of the rain and the wind. The direct route was straight ahead up the steep grassy bank.

It’s easy to follow God’s will when the path is level and there are no problems. How tempting it is to duck back out of what He wants us to be doing when the going gets a bit tougher, back into the shelter of the trees, returning to being an onlooker, not a “doer” of God’s word and will.

I launched up the steep grassy bank. It really was steep. After a little while my legs began to hurt and I started panting for breath. My feet slipped in the mud a few times. God’s work is not always easy, sometimes it is hard going, sometimes it will hurt, sometimes we may slip. But it’s better by far than being under the trees as an onlooker.

A little while later the rain stopped and the clouds parted. The sun began to shine bright and clear. Under the trees at the edge of the field it was still dark, the sun did not reach the trees. We will find the light and the glory and the warmth of God’s presence when we are where He wants us to be, doing what He has called us to do, not if we are hiding under the trees, too afraid to do His will.

So God’s challenge to you, if you are sheltering under those holly bushes, behind the gate, looking at the rain and the wind, is this: open the gate and walk out into the rain, into the work which He has called you to,
don’t hesitate any longer.

And keep walking up that steep grassy bank, even though it hurts at times and it is hard going and you may slip occasionally. Keep walking: you are a Christian, this is where you belong, doing the work God has called you to. Keep walking and you will find the light and the glory and the warmth of God’s presence: it’s there, out in the open, the place God has called you to, not under the trees where the onlookers are.

Refer to this post to find out how our journey to France began. I’ve been looking back through my prayer diaries and it seems to have been in late September 2013 that my prayers moved from “What do You want us to do, Lord?” to “Is France where you want us?” In early November, my prayers moved from “Is it France?” to “God, please move in France!”

One of the first things we did at that time (November 2013) was talk to some trusted Christian friends: two couples who knew us well and were also themselves involved in mission work. Our immediate concern was whether we were being unrealistic, mainly because of our age (right now I am 57 and Joanna is… a number of years younger!). Have we left it too late to make a meaningful contribution? Are we crazy to think we can do this?

Both couples said that we weren’t too old, that we weren’t any more crazy than they were, and that there was no reason we couldn’t make a useful contribution. That seemed to be a green light to push the door some more and try to move our plans forwards…

Because God loves every person in France

Breakthrough France
Create a free website or blog at WordPress.com.